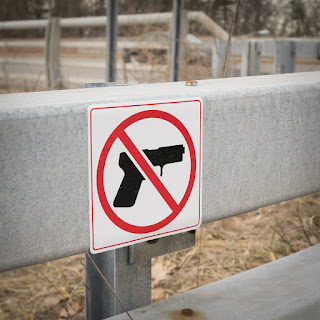 Another shooting, another brief conversation of common-sense gun control, which always results in a rush for... more guns!

I thought it ironic that it was reported that yesterdays hearing on gun control was canceled, until I read the CNN article that revealed the discussion was to support relaxing controls to make it easier for gun owners to own silencers, transport guns across state lines and ease restrictions on armor-piercing bullets.

Yet the majority of Americans believe gun controls should be more strict or at least stay the same according to data provided by the Gallup organization.

Why is the gun lobby so effective? Why does the minority of gun owners have so much influence?
Posted by John D. Linn at 8:24 AM