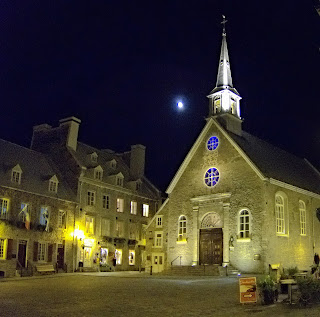 This picture is pretty much a mess.... shot on a small sensor... high ISO... processed on an iPad.

But I do think it captures a feeling of being in the quiet streets of the old town with a near full moon above. 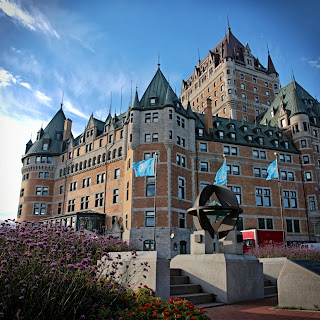 Travel is great, and one of the best parts is the new photos ops. Here in Quebec City there are lots of wonderful things to see.

The photo below is for my friend Ken. I had no idea he was in the restaurant business, and a good cook by my experience. 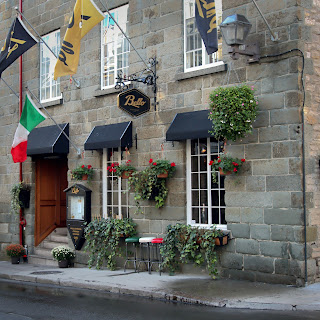 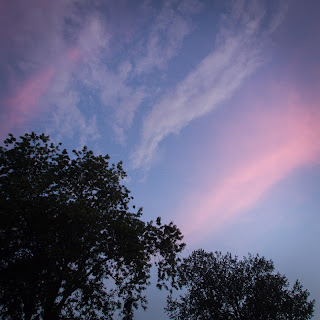 I have to say I am a sucker for color streaked skies. As far as I am concerned they are not only great backdrops, but interesting on their own. 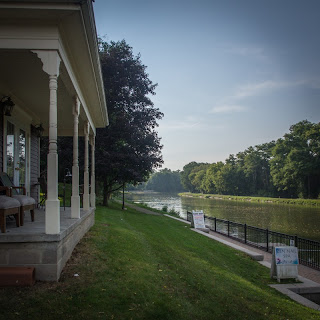 This section of the Erie Canal was built upon what became know as The Great Embankment, a mile long build-up causeway over Irondequoit Valley and Creek. After the initial construction in 1822 (using only horse carts and hand shovels) the creek was routed though a culvert over 70 feet below the canal.

The canal has been enlarged and improved twice since the first construction and, of course, the embankment has also been reinforced. Today there is a roadway along the canal path that gently dips below the level of the canal surface making you realize you are lower than the tons of water and boats above... a strange feeling.

The canal has burst near here on two occasions with devastating damage. The last time was in the mid '70s. There are gates on either side of the embankment that can be closed, but not quickly, and many homes, cars and businesses were damaged by the rush canal water.
Posted by John D. Linn at 1:11 PM 2 comments: 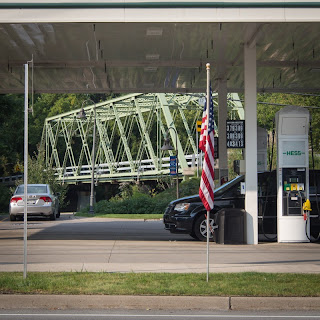 The canal bridge behind the Hess gas station provides an unusual juncture of shapes.
Posted by John D. Linn at 10:28 PM 1 comment: 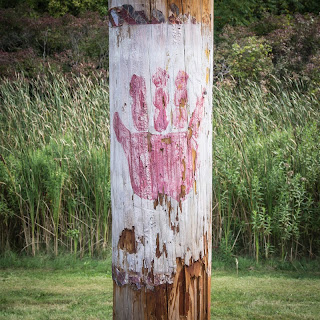 Kinda thought Tom Hanks had been here.
Posted by John D. Linn at 8:45 AM 2 comments: 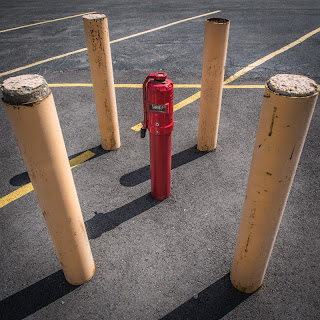 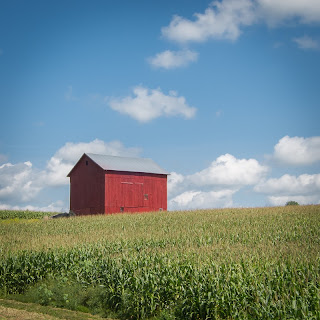 Hard to resist. Field of corn, red barn, blue sky with puffy clouds. Not exactly a unique picture, but a pretty one I think.

It is a scene that many would find attractive, but few would stop to take the photo. Except someone capturing calendar pictures.
Posted by John D. Linn at 8:30 AM 2 comments: