There is a common saying in my part of the world.  There are only two seasons: winter and construction. We have moved into the second season.

I shot this photo as I drove past these road workers, and obviously the resulting image has some issues.  The shutter speed was too slow resulting in a blurred image.  Yet there was something that I still found interesting... the poses, the colors, the feeling of motion. Perhaps to compensate for this shortcoming I fusted with color and detail to make the image even more stylized.  This is not an example of being true. And maybe it is even an example of Pictorialism.  But somehow it "floats my boat".  I like the result although it is not in keeping with most images that I have posted here... at least over the last year or so.

But it is not start of a new season for me... just a digression. 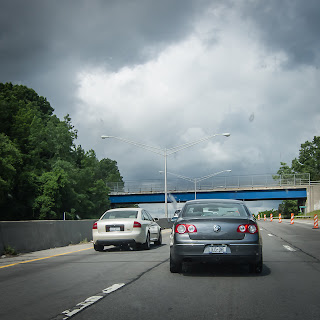 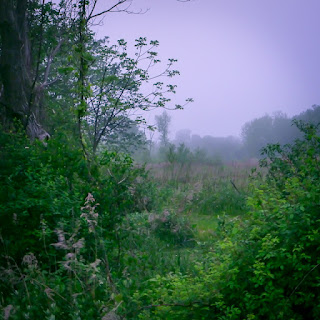 This time an evening fog that brings out the vibrent green colors of spring.
Posted by John D. Linn at 10:11 PM No comments:

Pave it then paint it Parking lots are strange things when you think about them.  It is a large smooth unnatural asphalt surface that is then painted with lines and symbols.  It is a place for cars, not people, but used by people to temporarily stash their car.

And technically it is not asphalt... it is asphaltic concrete. It is the ashalt that holds the crushed stone together forming the paved surface.
Posted by John D. Linn at 11:19 PM No comments:

The leaning pagoda of Webster 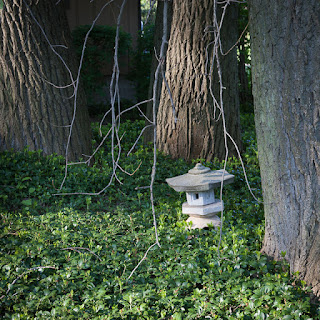 Maybe I should have straitened it up before I pressed the trigger.
Posted by John D. Linn at 9:24 AM No comments: 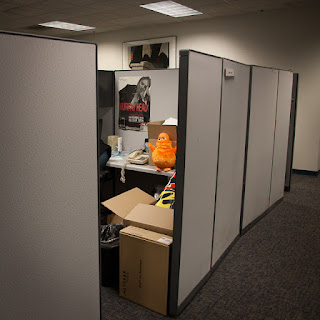 The life of a cubicle worker means a certain imposed conformity.  People personalize their space with photos of loved ones, or cute but crude drawings by their children, but sometimes you come across the bizarre.

Not sure what this creature is supposed to be... a teletubby?  And why it is here?  The dominant occupant (a human) is a young (no, not that young) technical guy who makes our telephones or computers or some other technical thing work.

But I am not here to judge.  After all I have a ukulele in my work space!
Posted by John D. Linn at 8:52 AM No comments: 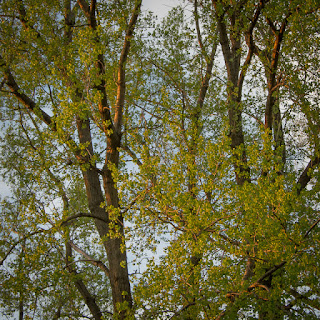 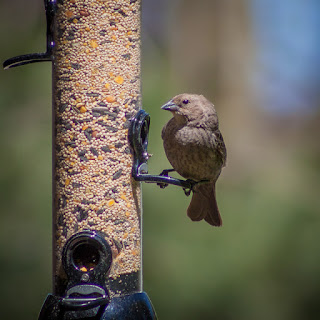 Not my normal type of photo I realize.  We just put up a bird feeder in the backyard and have been amazed at how popular it has become... must have gotten good reviews.
Posted by John D. Linn at 7:01 PM 2 comments: