Back at the office 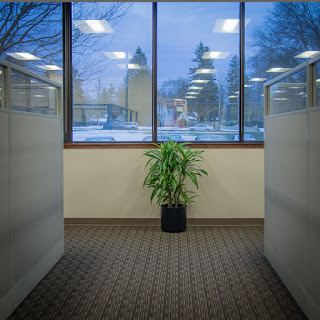 Daylight seems even bluer in the winter months. And so am I.
Posted by John D. Linn at 8:35 PM 3 comments: 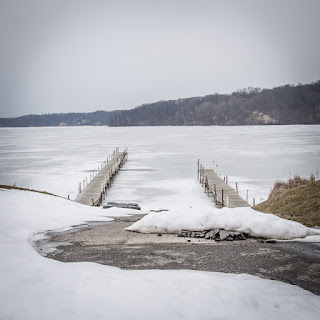 Not a very busy day at the boat ramp.  Might have something to do with the snow and ice.

Another view from the south end of the bay.
Posted by John D. Linn at 8:23 PM 1 comment: 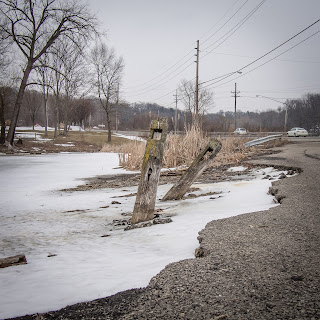 Actually it is not the edge of the road, but a turn-off parking area. It has obviously seen some serious errosion, but it is a nice spot to stop on the southern edge of Irondequoit Bay. The postion allows one to take in the full lenght of the body of water... if you look north, not east as I am here.
Posted by John D. Linn at 6:35 PM 1 comment: 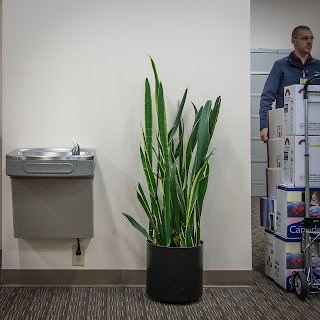 Maybe this is a new direction for me... office landscapes. 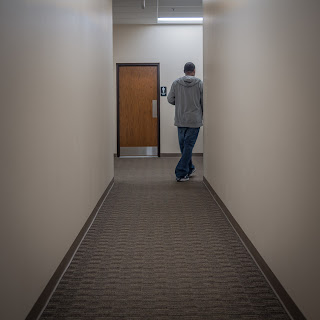 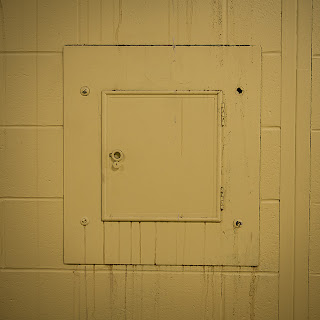 Our recent winter event has had a strange effect on me. Several days of winter beauty made making pretty pictures too easy and consequently, not desirable. It has left me unmotivated to venture out with camera.

Logic is that a winter wonderland is photography heaven, but how many pictures do you really need of fluffy snow and deep blue skies?
Posted by John D. Linn at 10:53 PM 1 comment: 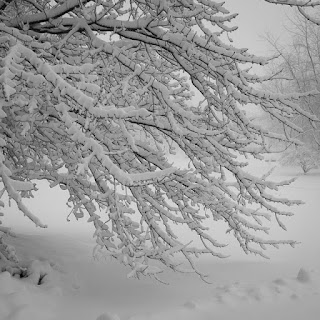 We sure got a lot of fluffy white yesterday, but now we are seeing only a flake or two. This was a particularly pretty storm, assuming you are not stuck in it. Facebook is brimming over with smartphone snaps.

My employer took the unusual step of closing early, allowing people a chance to avoid the storm enhanced rush for home. It still ment slow going as evidenced in the second photo (actually it was an excuse to again photograph that great tree that I admire). 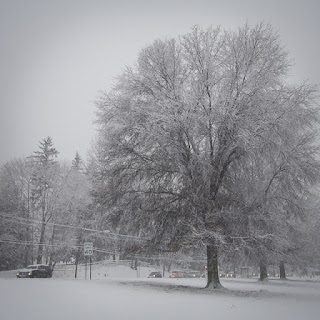 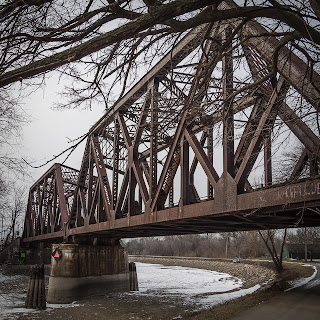 This bridge carries the CSX railroad over the Erie canal, but because the canal is drained this time of year, it only carries the rails over the snow filled bed of the Erie until spring.
Posted by John D. Linn at 9:59 PM 1 comment: 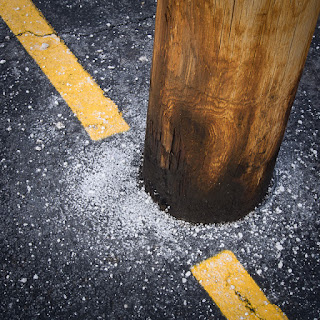 Something different. Maybe more like I would have done years ago. A detail shot; a utility pole in a parking lot, with residual accumulated road salt.

And a play on words.

Of course the salt is used to melt ice, but it also melts cars... just at at slower pace.

For some reason it looks like it was shot with flash because the light seems so direct and the surface is so pronounced, but it was taken mid-day in relatively bright sunlight.

I was drawn by the texture and composition, so that is that.
Posted by John D. Linn at 9:52 PM 2 comments: 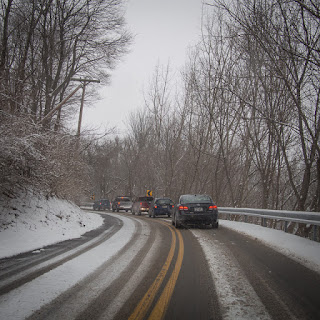 Here in Western New York, on the shores of the Great Lakes, we are used to snow. It is often a way of life for four or five months out of the year.

So you would think that a few inches of frozen whiteness would not be anything more than an ordinary day.

But this day something was different, and it's hard for me to put a finger on exactly what.

My morning commute normally takes 15 to 20 minutes, but today it was 50 minutes. And my co-workers had similar experiences. Some even had it worse.

Thinking the out-of-the-way secret short-cuts would deliver me from stop-and-go did not work out very well. It seemed no matter which way you pointed your car there were delays.